Barcelona is the ideal tourist destination for a ‘fiesta-siesta-tapas’ weekend. Known for its artistic and architectural richness – from the eccentric buildings of Antonio Gaudí to the Picasso Museum and the Joan Miró Foundation – as well as its bodegas and bustling night scene, it is no mystery that when it comes to entertainment the capital of Catalonia offers its visitors a great deal of options.

Along with a number of fellow personalities and influencers, The Wakapedia team spent an unusual weekend in Barcelona at the invitation of Desigual, the notorious Barcelona-born fashion brand, to discover its brandvalues and distinctive style. How could we say no to such a tempting offer? Such was the enthusiasm that our disappointment over Italy’s failure to qualify for the World Cup became – almost! – a distant memory: we decided to embrace the spirit of summer without anyfurther hesitation!

Desigual was launched in 1984 by Swiss businessman Thomas Meyer (so, perhaps, not having all the limpieza de sangre many might have thought/so, not as purebred a brand as many might think) to the cries of «Desigual is not the same». Thirty-four years later, its stores and outlets can be found all over the world.  With diversity and originality as its core values, Desigual strives to enhance the individual creativity of the employees, allowing their subjectivity and personal initiative to find expression in the brand’s colourful collections, characterised by cheerful and immediately recognizable patterns. 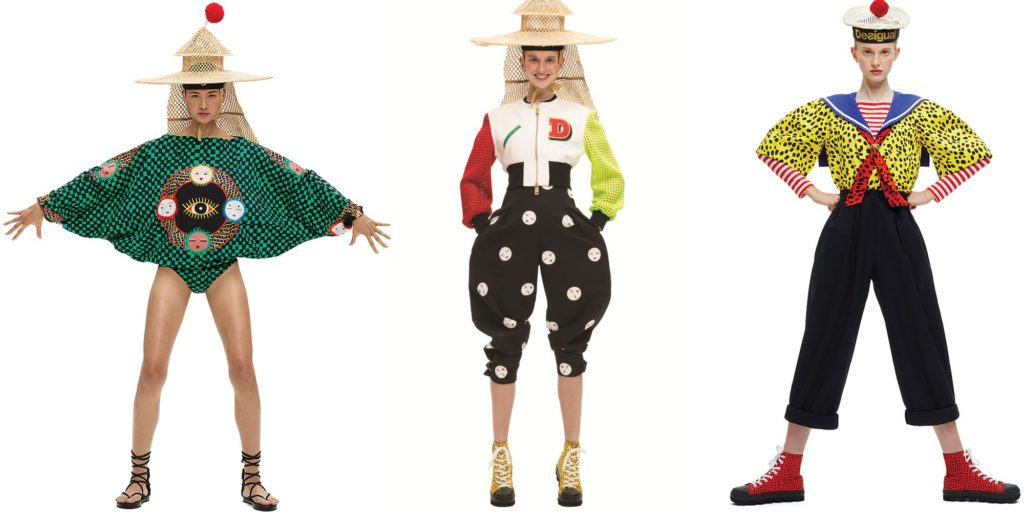 In line with its dynamism, Desigual has recently launched the hashtag #ANEWDESIGUAL, which embodies its aesthetic evolution in the making. While remaining true to its exuberant, multicolour and casual character, the goal the brand has set for itself is the progressive update of its style, seeking more sophisticated lines and materials, along with plainpatterns. The visual results of this fresh creative wave can be witnessed, among other things, in the collaborations between Desigual and a bunch of big names in the fashion and art world – Christian Lacroix or Jean-Paul Goude to name buta few. And this is the way to go, judging by the rave reviews received from the press for the collection presented last September during the New York Fashion Week.

In all honesty, we were initially a bit skeptical about the aestheticsof Desigual, but the Barcelona trip provided the perfect chance to embrace its philosophy and fully appreciate its unconventional spirit. 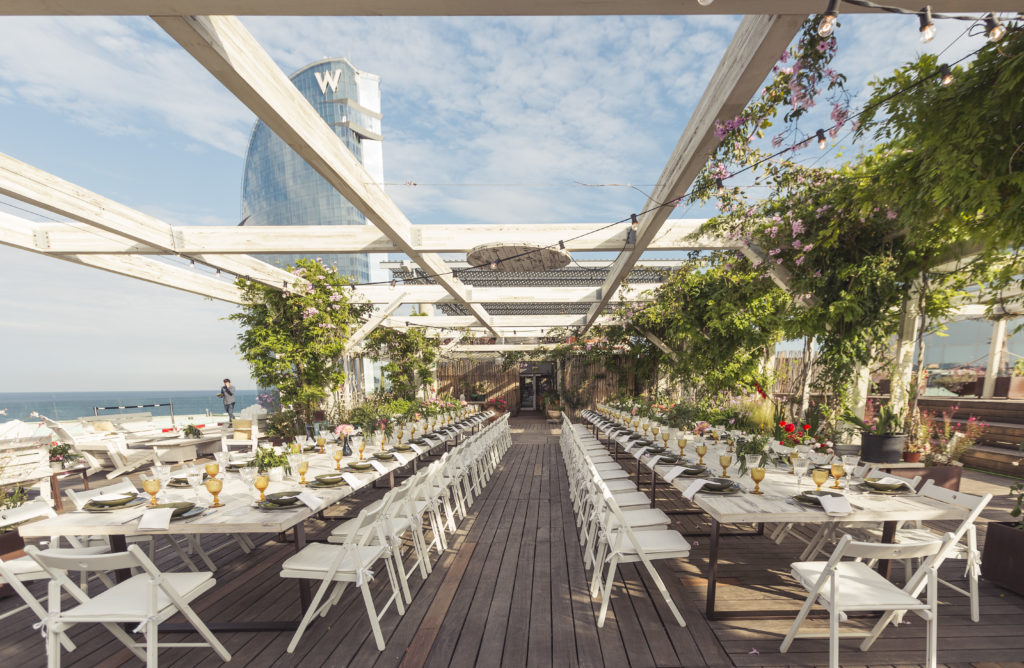 Desigual’s headquarters – an airy, modern building with floor-to-ceiling windows – is located in the 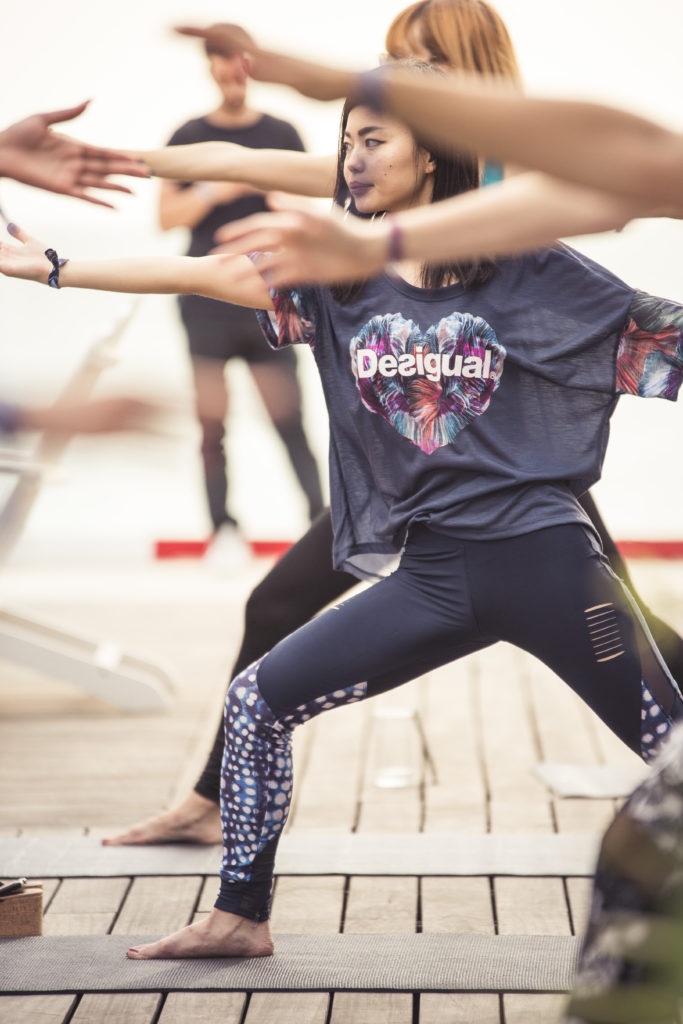 Barcelonata neighbourhood, well-known for its high concentration of luxury hotels and night venues. Its sandy beach, a stone’s throw away, often becomes the spot chosen by the Desigual staff for the lunch break… That’s lightyears away from the quick sandwich most of us quickly chew in front of the PC! As a matter of fact, well-being at work is another fundamental aspect the company aims to foster (makes you feel like sending your resumé over, right!?). In the end, we cannot help but think that the laid-back atmosphere of Barcelona, a fortunate spot kissed by the Mediterranean sun and animated by the noise of infamous music festivals such as the Primavera Sound and the Sonar, plays a strong role in shaping the brand’s aesthetics.

We got captivated by these “good vibes” from the very start, that is, from the moment we walked into the W (W for Wakapedia.. call it fate!), a ritzy hotel housed in a sail-shaped building designed by Ricardo Bofil. Once in our suite, a breathtaking view over the sea (jealous, eh?!) welcomed our arrival, along with a set of outfits for different occasions: a sportwear ensemble for the next morning’s yoga session, a beach towel and a swimming suit for the beach and a casual-yet-elegant dress for the evening cocktail. Who needs a man for pampering and spoiling when Desigual is doing it just right?! 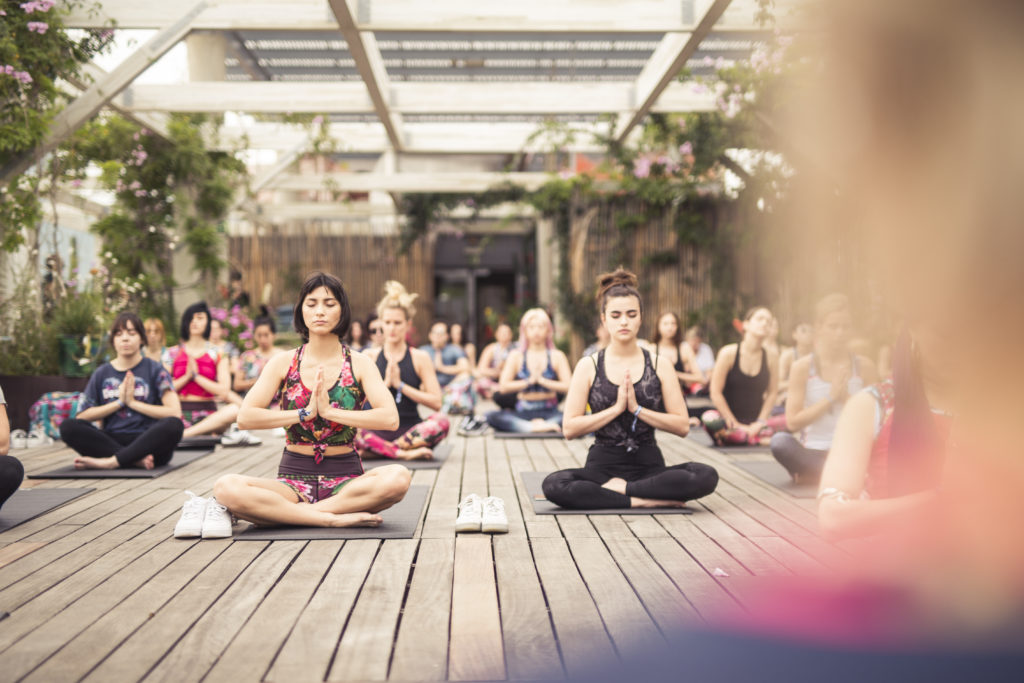 The morning after, we kicked off the day with an hour-long yoga session and a healthy breakfast: an ideal start for a dynamic woman in Desigual. To follow, we hopped on a boat, partying off the coast to the notes of an electro DJ-set. Recharged after a siesta, we hit the stunning terrace at Desigual’s headquarters for a gala. The view of the sun setting over the sea was simply mesmerising, and the menu no less than delicious (just a little quibble: the pasta was not properly al dente… but you know, Italians are hard to please,  when it comes to their national dishes!). 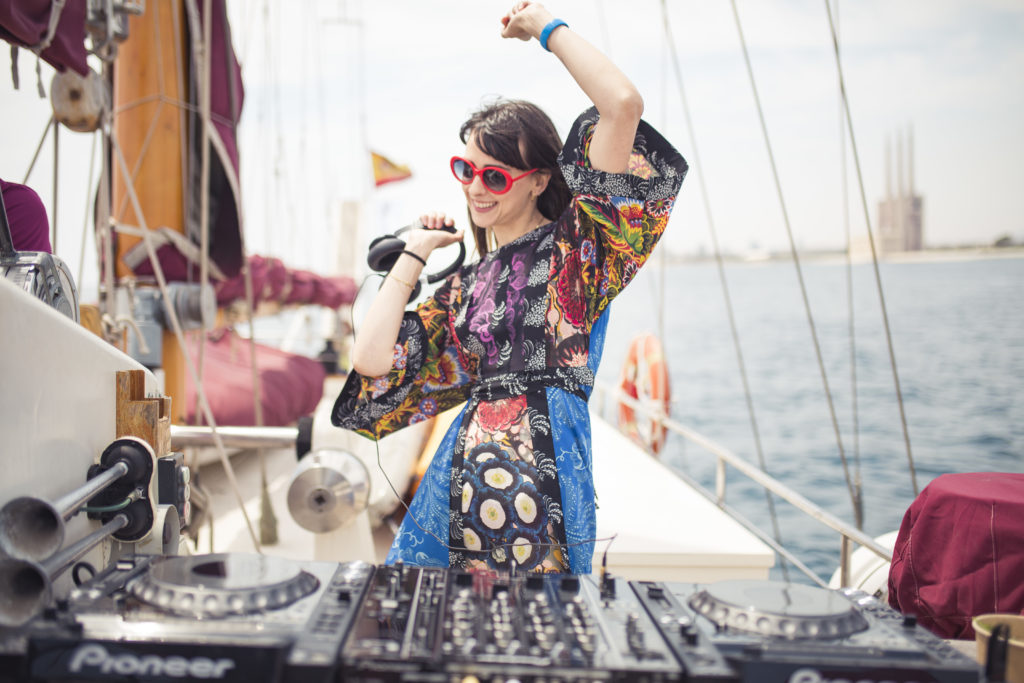 After dinner the whole group headed to Sonar, an unmissable musical event of the Catalan summer; the twenty-fifth edition has seen bands of the likes of Gorillaz, Bonobo, Diplo making people dance until dawn! And guess what? We ended up burning the candles at both ends! Here’s for a recommednation straight from Wakapedia, to help get you back on track: La Flauta, a tapas bar, as delicious as it is  cheap; there is no better food joint for quashing those late-night-out hunger calls and for resting your limbs after the dancing floor.

This sun-sea-relaxation-music-party weekend went by faster than we’d hoped, and yet we returnedhome with an awesome memory of it, as well as with a diametrically different idea of the brand. After wearing and living Desigual, we no longer have doubts: colours and patterns should be worn carefreeand matched without fear. You are at one with yourself and free to express your own being when you can dress as you please, and this is not just a right, but also a duty for us all. 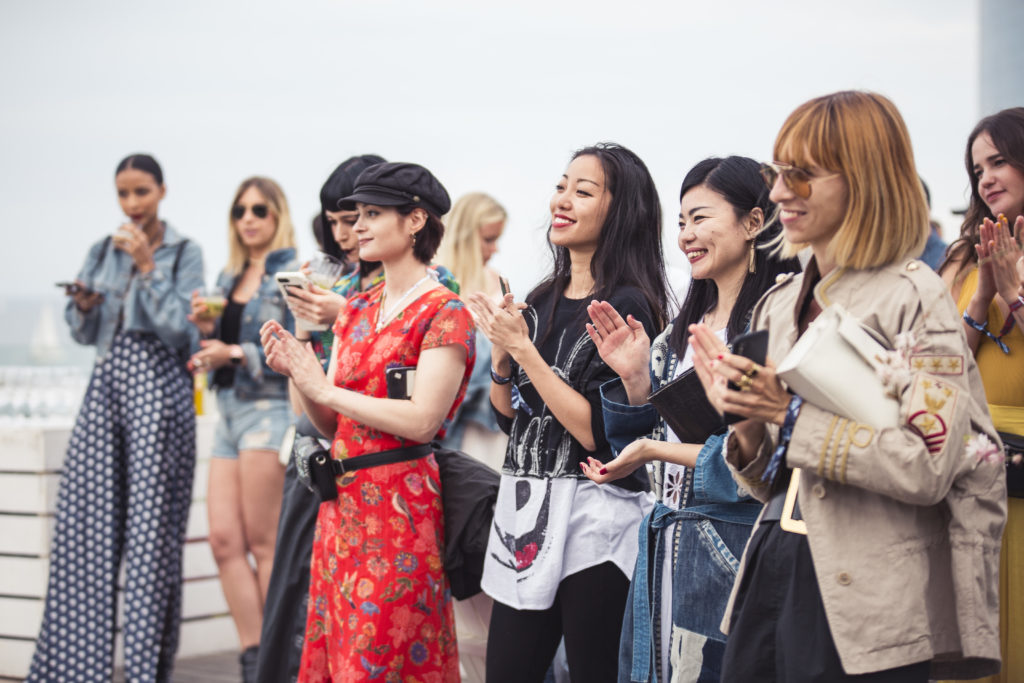