Born in Virginia, Betony Vernon was brought up surrounded by art, with music leaving a strong impression on her. After graduating with an art degree, she moved to Italy, and Milan became her home where she continued her studies at the prestigious Domus Academy. Skill, talent and creativity are the key elements that led Betony to important collaborations with some of the most prestigious fashion and design houses including Missoni, Gianfranco Ferré , Swarovski, Pampaloni , Alexander Wang and Fornasetti. These connections subsequently introduced her to other famous people and her creations become a huge success among prominent personalities such as Karl Lagerfeld (who chose her work for the Pirelli Calendar 2011), Lady Gaga, Angelina Jolie, Christina Aguilera, just to name a few. Her designs are infused with an empowerment that aims to bring joy, a free state of mind and body away from the constraints and social conditioning that invade our daily lives. In 2001 Betony launched her stunning collection of jewels called “Paradise Found Fine Erotic Jewelry” to striving to liberate all taboos. This placed her as an International Icon and as a pioneer in the popularization of “Sensuality” and all things taboo. In 2012, she created ‘Origin’, a design chair, an fascinating work of erotic art. Displayed at the Triennale in Milan, as part of an exhibition “KAMA – Sex & Design“. In February 2013 she published her acclaimed first book: “The Boudoir Bible – The Uninhibited Sex Guide for Today” published by Rizzoli International.

Jewelleries made by Beony Vernon

Betony Vernon is a charming and mysterious woman who exudes sensuality from every pore of her skin. Tall and beautiful with gorgeous red hair, wearing a green dress that emphasizes her curves and matches the tones of her deep eyes. It reminded me immediately of Poison Ivy from Batman, but she is much sweeter and much more communicative. Betony’s gestures are elegant, her voice deep, and an innate leaning towards a majestic grace. I want to salute here the first female personality to ever appear on Wakapedia: Betony Vernon, always and ever a pioneer! 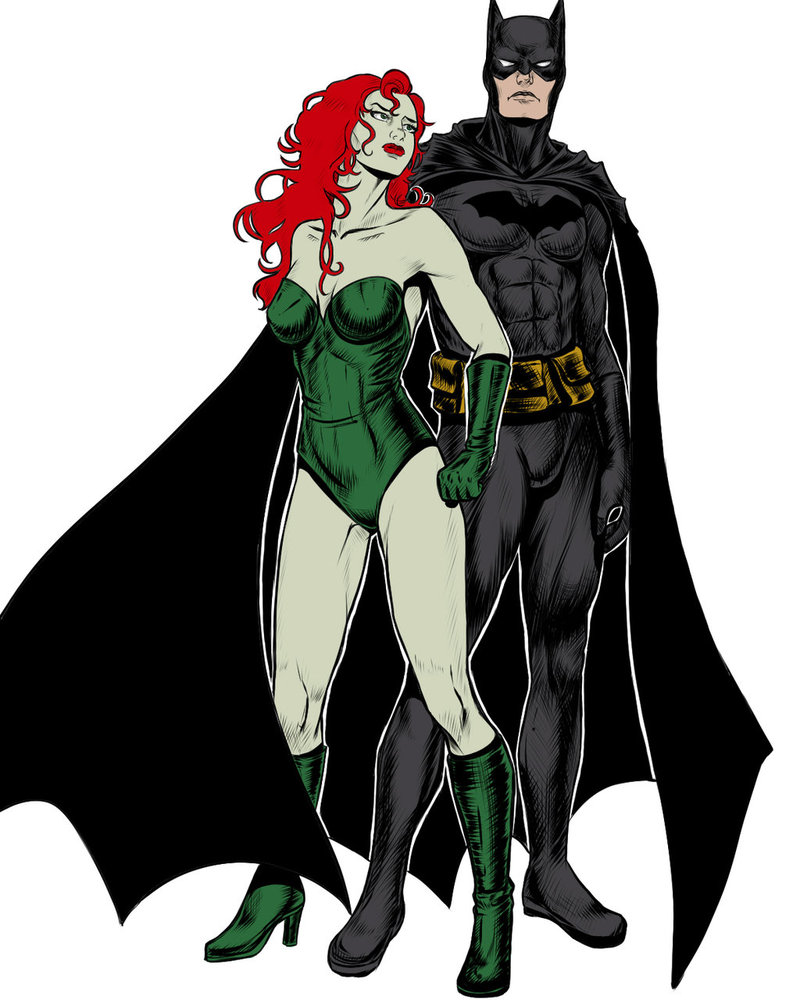 Sara Waka: I already know quite a bit about you and what you have done, but may I ask you some questions to get to know you a little better???

Betony: Of course, sweety! I am an open book. I’m all yours…

Sara Waka: Wow… my heart just skipped a beat when you said that.

Betony: In that case, shall I get in closer?

[during this the sexual tension emanating from the gardener went off the charts. All this in 2 minutes…our situation could be perfectly summarized by this video]

Sara Waka: Ciao, so what is your full name? If I may… 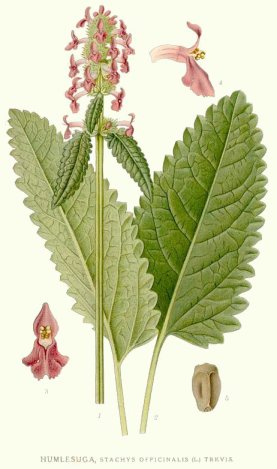 Betony: My name is Betony Vernon. Betony is the name of a flower, a medicinal plant. My mother chose it because she loves this flower, but I do not think she knew that in ancient Rome the Betonica was a plant widely known and revered for its healing power and qualities. The Emperor Augustus had even written a book on the powers of Betony (it looks like the title of a new series of superheroes!) and there was even a saying: “Sell your coat and buy a Betony.” In short, it was a heal-everything plant!

Sara Waka: A name that has marked your destiny and has influenced your career, so wonderful but also mysterious and maybe slightly esoteric..

Betony: Sometimes yes, because I am a Leo-Scorpio and my Chinese animal is the Monkey. I therefore have an hyper-sociable side: I love giving, receiving, sharing in all its forms.

Sara Waka: But your blood type?

Sara Waka: Very interesting. (In Japanese culture it is common to ask this as the Japanese like me believe that the 4 blood groups determine the personality of a person)

Betony: Ah, I’m very curious! O negative is a special blood group because it can be given to all, but can only receive its own type. It’s a generous group!

Sara Waka: I know, I am O negative too!.

Betony: Oh, great! Then you could save my life!

Sara Waka: Oh NO! I’m not giving you all my blood right now! (laughing) Ok , well how did it all start???

Betony: Well even as a child, I grew up in a very artistic household, my father was an inventor and a pilot, He was also very good at working with wood; so since my childhood I learned a lot from him.

[The gardener is currently lurking in the background and eavesdropping, making himself very much heard and obviously wanting attention. He proceeds to throwing broken glass into a box, adding disturbing yet macho backing track to the conversation between Betony and me!]

My mother was the director of the education department for the Chrysler Museum of Norfolk, Virginia, a city where she moved after losing custody of all four of us daughters. My family has a history of bizarre circumstances, suffered through an absurd and difficult divorce and a lawsuit where my mother was punished for her involvement as an activist in the African-American civil rights movement: and in the 60s a white woman who defended African-Americans, was deemed unfit to be a mother … and so we grew up with my father.

Betony: Yes, a very humble and charming woman who gave me the artistic sensitivity that I still try to bring home to my craft today, especially when seeing prototypes and samples of my projects. I have an obsession for the perfect finish, for me the interior of an object has to be perfect just like the outside and people do not always understand it. I love very smooth surfaces….

Sara Waka: In fact , I noticed that in your creations, like the chairs, everything is so smooth that it makes you want to touch it. 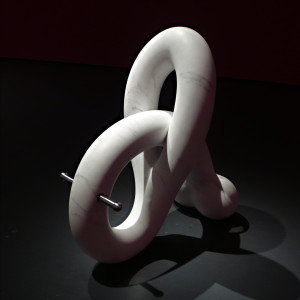 Betony: Yes (winking) , I’m glad you said that! Here, many artisans do not understand this and sometimes they deliver to me unfinished pieces. So I say to them: “Make love with my objects, take pleasure in touching and handling them … Initially, they looked at me strangely , but then they understood what I meant and then everything changed.

Sara Waka: I understand what you mean, you can really make love to an object! Especially us women !

Betony: It is said, for example,  in my book “The Boudoir Bible” (The inhibited sex guide for today, published by Rizzoli ), it talks about the possibility for men to reach orgasm, to feel pleasure without ejaculation. And when they succeed, they feel very similar to what women feel with our orgasms. But it takes time, experience, practice .. it is not as easy as that.

Sara Waka: Well for you, how does it change your life?

Betony: It’s an important part of life, a matter of feeling and chemistry, even with friends. For example, you and me, if it had not clicked, the conversation would not flow and feel easy and as natural as it does. Instead, I think we can tell, we have no limits !

Sara Waka: Completely open, no secrets [laughs]. And also in your work, is it this same intimacy that you want to create, and do you?

[ The sounds of the gardener become more insistent; perhaps in an attempt to become the topic of conversation, he begins to pound heavily on something. “Do you have to hammer and do that much longer or can you stop for a moment?” asks Betony. “I’m sorry, but I must continue,” replied Mr. Sexy Gardener, as he moved closer, to be better able to overhear our girlie-talk. ]

Betony: So… back to us. In 1992, I also started to draw designs of jewellery for pleasure. All in sterling silver, because I thought that would be better for your body than plastic.. In 1996 I showed some of it to a buyer at Barneys in America. All of them quite discreet, like a connecting cuff or silver ring.

Sara Waka: Well, that particular piece intrigued me, could you explain it better to me ? .

Betony: It’s an object designed to be shared, capable of binding two people and not just symbolically, but also literally, because the metal is a conductor. It’s a jewel in which form and function go hand-in-hand, like in many of my creations.

Sara Waka: It stimulates a specific pleasure, and also a pleasure of the mind.

Betony: Yes, of course, however, we must always keep in mind the time and the limits of one’s own body : learn to listen to the desires, needs, at the right times…, so you can experience true joy. It’s a mix of psychology and physiology, nerve endings and endorphins.

Sara Waka: Exactly, a perfect balance! Look, these are your pieces. What a great success. I have seen them being worn by Lady Gaga, Christina Aguilera. (Jean Paul Gaultier, show collection )

Betony: Yes, Lady Gaga wore one of my designs in her music video Paparazzi, it was a silver Swarovski studded collar. She has understood and interpreted its’ meaning very well; in fact the piece was designed to be worn with perfect posture, static like; as a medical neck brace you wear after an accident, and that is how she has used it. Christina Aguilera instead had my ring and she grasped the meaning too: in an interview with GQ she called the piece the “blowjob ring” and in fact I call it a “petting ring“. For me it is an important piece from my collection, because I am convinced that you can not disconnect sex from spirit. Here, the ring, that Christina had chosen for the cover of her album, refers to a gesture related to yoga and breathing, a gesture that fills you up. In 1996 when I presented this ring to the buyer and I received a stern ‘NO’, I had a feeling that it was not the right time. So I kept that in the collection box on stand-by, I continued to draw for private clients and for myself. Then in 2001, after September 11, I decided it had waited enough. In a world based on a sick system, which severely lacks Love, well, I have to work on love and pleasure of people. I wanted to offer my contribution to others in knowing their own bodies, speaking the language of love with intelligence. In our society, sex is no longer taboo, but the pleasure in all its variations, yes. Today, if the know-how of dosing pleasure and seduction were better understood, we would have a more fulfilled life: there would be no sexual frustration which, as Freud says – and on this point I agree with him in full -, is the source of neurosis and many other diseases.

Sara Waka: Wow … It’s been great to talk to you, like reading an intriguing book, a real Bible that opens up a world. Well, will you submit to the ritual of my last question : give me a kiss ?

[ Betony lands a very long kiss on my forehead ]

Sara Waka: Why on the forehead?

Betony: I wanted to give you a kiss on your third eye, darling .

Sara Waka: That’s weird … it feels like you have sent energy through out my whole body … I feel as powerful as Sailor Moon ! 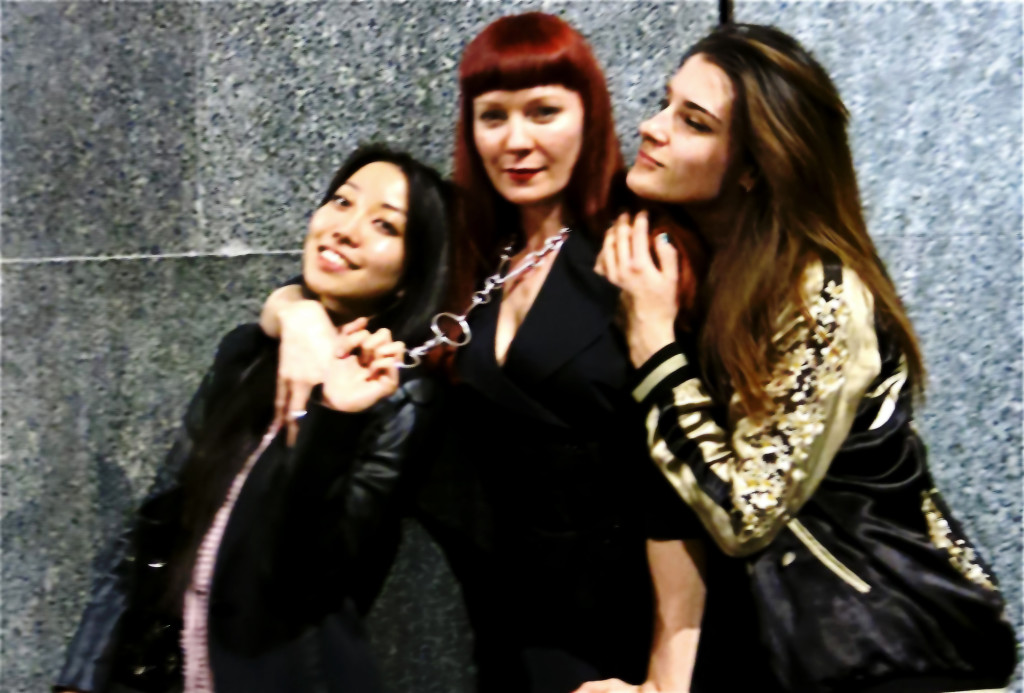