Born 1958, in Bucharest, Romania to a family of Jewish descent, Radu Mihaileanu is a film director, producer and screen-writer. In his 20s, he left Romania, defecting from the Ceausescu communist regime and enrolled in the IDHEC cinematographic institure in Paris. In 1980, his student short The Four Seasons (Les Quatre Saisons) received many plaudits, leading him to become the assistamt to Italian director Marco Fererri. In 1998, his second film Train of Life (Train de Vie) was awarded the David di Donatello for Best Foreign Film by the Academy of Italian Cinema, ensuring that Radu’s skills as a director were recognised globally for the first time. Radu’s films depict the historical and political backgrounds of a number of countries, tackling such serious issues with humour, causing the viewer to both think and smile. His ability to present tragedy with comedy highlights the skill he brings to his work.

His film Live and Become (Va, Vis Et Deviens) was a winner at the Berlin Film Festival as well as at other festivals.  The Concert and The Source (Las Source des Femmes) were shown at the Cannes Film Festival.

SaraWaka first met Radu with him safely inside the television screen. Slouching around on the sofa, reading some manga or other, her attention was drawn to the TV by the violin melodies of Tchaikovsky – a personal favourite of hers. It was a trailer for Le Concert. Thinking it could be an interesting film, she took herself down to the cinema to take a closer look. 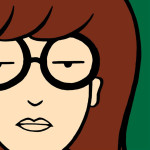 Radu’s eyes resemble those of Daria (from the American cartoon)

“Le Concert was a pretty good film!!” she thought, then a few years later and thanks top her starring role in a Paolo Sorrentino movie “The Great Beauty”  (well, a 3-second appearance in one), she found herself introduced to the director of that very film. Not only did he agree to an interview, the very kind Radu became a close friend to SaraWaka as she slowly found her feet having moved cities and countries to Paris. With no friends in university to call her own, struggling with the lectures and having no clue where her future lay, SaraWaka went to Radu, who looked at her and said: “Look at you, you remind me myself when I was young” and kindly began giving her all sorts of useful, meaningful advice on life. (Sara Waka owes her sensei so much…) And while this is slightly off point,  Sara Waka also finds herself laughing at how closely Radu’s eyes resemble those of Daria (from the American cartoon) when he talks. Look for it if you meet him.

Sara Waka: Ciao! Signor Mi… Miaha, Miaheil… how do you pronounce your surname?

Radu: I am a film director, screen-writer and also a producer. I also write poetry, teach philosophy and provide emotional guidance to young Italian-Japanistas.

Sara Waka: Oh yes, that! Very true. You’re an incredible director who has a great secret talent for listening to all sorts of personal private crises. You moved to Paris at around the same time that I did, right? So you understand all the pain I have been going through having just moved here.

Radu: Yes. I started living here in Paris when I was 22. Away from my family, no money, just living day by day here. It was a time when my parents could not support me, with Romania still under the dictatorship. They couldn’t send dollars or francs. Luckily I received a scholarship from the French government, about 1000 French francs, 200 Euros in today’s terms. The rest went on food and rent and then there was nothing left. But in those circumstances I found myself very happy. I had my freedom, I had come to France. I was able to learn many things in the French school, made films. All things not possible in Romania at the time.The first two years here were tough. French people think differently than I do, so I had no friends so was lonely, a little down. A little bit like someone else I know… 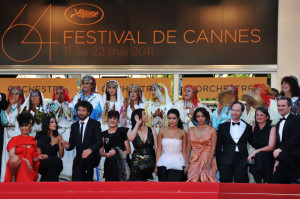 Sara Waka: I don’t know what you mean…

Radu: But I didn’t give up. I used to walk the Paris streets at night to help forget how lonely I felt. And with each walk, I became more acquainted with these streets and the wonder of this town. I tried hard at my French, listening to the radio every day while copying out French texts and reading French books, learning the grammar. I still remember it well now. I think I probably appeared to French people at the time as some kind of young radical.

But I think a lot of people admired my recklessness and free way of life. It was at that point I realized that I was different to most people, and I used that difference as a weapon. I still use that weapon today in my films. It’s because of that that I can make different films to others.

I haven’t lived in Romania for decades now, but at the same time I am not French. But I see the fact that I am different to others as a source of pride and as part of my arsenal. 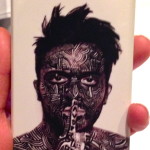 [At that moment, Radu’s phone went off, and the interview was on-hold. He held his rather artistic iPhone cover close to his ear. When his call finished, SaraWaka immediately asked him where he bought such a case? His son’s company Les Clichés d’Alphonse make them. They put art onto iPhone covers so the art goes wherever you do. Interesting! It made sense that an artist’s son would be an artist too. ]

Sara Waka: Makes one think, doesn’t it, Radu. Would you tell me the story again of how you bought shoes with the first money you received from your success. 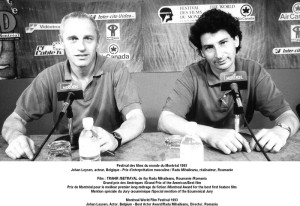 Radu at the Montreal Film Festival in 1993

Radu: Of course. Firstly, I’ll just say that during my high school years, I received zero praise from anyone. In terms of grades, they were closer to the bottom than the top. The episode you are asking about came after I had made my first film Trahir. It was selected as a contender for the Montreal Film Festival. At the time, the Montral festival was at the same level of importance as Cannes, Berlin or Venice. With my small amount of money, I set off to Canada. Was it the first day? I ended up riding the same lift as the very famous German director Volker Schlöndorff who had just met success at Cannes. I had had the experience of being montage director one of his films. Now I think it slightly embarrassing that my film was in the same competition as that director who was somewhat of a mentor to me.

Anyway, despite so many incredible talents being gathered in Montreal, I took most of the prizes, including Best Film and Best Actor. The Montreal Film Festival also played a role as a place for scouting new talent. The day or so after the prizes were announced, I remembered a pair of shoes that cost about 300 francs (60 euros) that I had had my eye on since the day I arrived. They were too expensive for me at the time, but I bought them as a present to myself, and also as a promise that I would continue to keep moving myself forward.

Sara Waka: Wow… A wonderful story no matter how many times I hear it. Let’s now talk about my favourite movie of yours, The Concert!  I saw it in Italy, but it was also very popular in Japan, right? 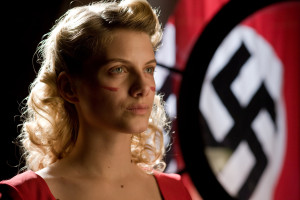 Radu: Yes it was. In Japan, over 1 million people went to see it. The film did well, but also the soundtrack. It starred Melanie Laurent who had already reached some fame thanks to Quentin Tarantino’s Inglorious Basterds, and Le Concert made her even more famous. I think it was successful in Japan because in Japan there seems to be a love for classical music and for humourous films, and we brought both of those to the film. I also think both classical music and the music of Tchaikovsky received a renewed interest thanks to Le Concert.

SaraWaka: Radu! Thanks for all the great chat! May we finish with a kiss?

[And with that, and a light kiss, SaraWaka was left with a pleasant chill on her cheek. Probably from the choc-ice that Radu was eating.] 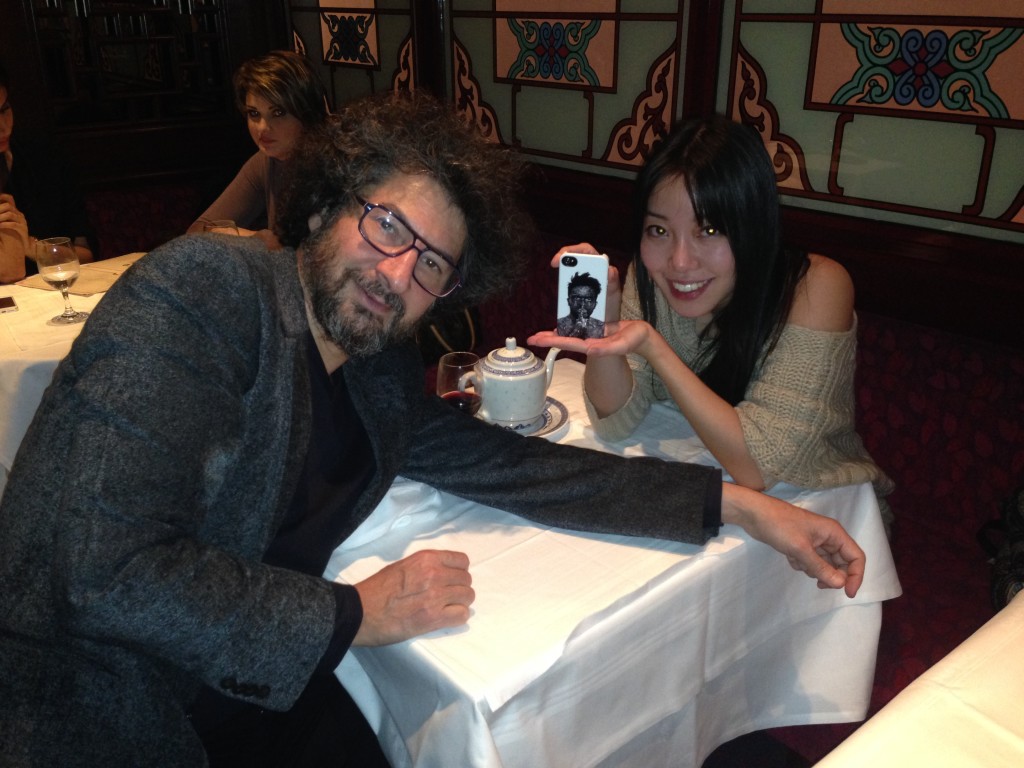 Radu and I (holding his son’s iPhone cover!) in a Parisian restaurant