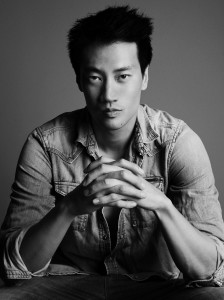 Even if Asian models are more and more sought after by designers and big publicity companies as a representative of their brand, it isn’t as easy as it seems to be an amm.

With a minimum height requirement of 1.83 cm and adherence to rigid stipulations of physical refinement, Asian models face competition on an international scale directly from their European modelling counterparts.

However when Asian models are chosen, it is because of their striking oriental differences; their almond shaped eyes, delicate effeminate features, lean long limbed bodies and their calm understated elegance. In the western fashion industry, this oriental distinctiveness is desired, whereas in Asia itself, Asian males strive to look more European. This cultural paradox is at the heart of AMM where what is considered an essential quality in the western fashion industry – to be distinctively Asian – isn’t appreciated in the same way or seen as the beauty norm in Asian countries. It is a madness that it encloses everything the appeal of two such different cultures, the oriental and the western, that they always find themselves more often face to face on the catwalk and in the wider world. 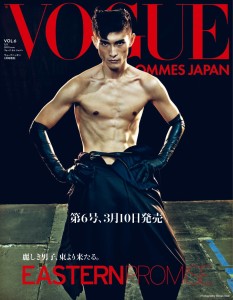 When I was a younger lady, paradise for me was to be in one of the four fashion meccas of the world, whether it by New York, London, Milan or Paris, and for it to be a brisk January or a summery June, for that is when the biannual Men’s Collections take place. In those months, the fashion capitals have a festive feeling, as they become swirling pools of high spirits, great fashion and gorgeous, gorgeous, really gorgeous men. Gorgeous men from around the globe gather together, and portfolio in one hand, make their way around the casting circles. Conversely, March and September in these cities are personal hell for this 5’7” fashionista (ahem, with heels), as the same pools turn into swamp, humid and clogged up with skinny, tall beautiful women, and my slight complexes became clear to all.

Little did I know, all those years ago, that 10 years later I would end up taking care of one such model.

And it’s all down to a French person living in Japan and a good friend of mine, Ash. It began with a simple phrase: “Sara! A younger model acquaintance of mine is going to roll dice at the Milan Collection this year. His first time. Could you make sure he’s okay?” And when that junior acquaintance nervously came to my family home is Milan, it was quite an entrance. No English, less Italian. He had just been taken for a ride by a local taxi, both literal and figuratively (the driver in true Milano tradition had charged him way more than the drive should have cost).

He walked up dragging a heavy suitcase, eyes half-shut from the time difference. When I first met Daisuke Ueda (aka Daisuke) he had the air of some travelling Buddhist monk, hungry and poor and lost. I certainly didn’t realise that he was just starting out on his pilgrimage to one day being selected as one of the world’s Top 20 models!

And thanks to Daisuke, I have since met and become close to many Japanese models, including [blatant namedrop alert!] Yoshi (Yoshiaki Hayashi), Taiki (Taiki Takahashi), Chiharu (Chiharu Okunugi) and Ben (Ken Benjamin). Securing work at international fashion shows and for international campaigns is extremely difficult for models – and consequently of great value. I watched Taiki make his debut on a Paris Collection catwalk for the brand Rick Owens with the same nervousness and pride as a mother seeing their child perform in their very first school play. Thankfully he didn’t drop the Baby Jesus and did his mamma proud!

In this exciting entry for Wakapedia, we are going to lift the veil and show the real faces on the Japanese models currently operating on the global circuit.

★Note: Due to these interviews taking place at the Fashion Week after-party, the normal high journalistic standards that Wakapedia adheres to may have slipped slightly. Everyone is a little drunk.

SaraWaka: Attention please~ Ladies, Gentlemen and Japanese male models congratulations on a successful Fashion Week. And thanks for helping out with these Wakapedia interviews! What shall I ask you guys then… [SaraWaka is a little wasted]

Male Models: How should we know?! You’re the one who wants to do the interviews. [the male models collapse into drunken laughter]

SaraWaka: That is true…. so… what would you like the millions of Wakapedia readers to know about the modeling profession?

Daisuke: What I want to pass on is that modeling may look all shiny at a glance, but that moment in the spotlight is just a moment; most of our time is spent doing rubbish stuff. At a fashion show, the time on the catwalk is on average 30 seconds, but for that 30 seconds we’ll spend 2-3 hours freezing while waiting at the audition location. For that one moment, we spend everyday paying attention to what we eat, going to the gym and training, and, come Summer, we look at the delicious ice cold beer, but just look, no touch.

SaraWaka: So it’s a profession that you are willing to sacrifice a lot for?

Daisuke: Yes. Of course, I love fashion and that one moment of glory and the elation I feel is like a drug.

Uematsu: Of course modeling is seen as glamorous, and people also think we are just standing looking at a camera with our brains switched to off, but there are definitely moments when you must be really switched on. To be honest, there are thousands of people who simply look good, are tall with good style, and they don’t become models. Saying that, there are parts of job that you need to be a bit of an idiot for. [Laughs!] It’s all about that switched-on-switched-off idiot-smart balance.

Male Models: Amen to that!

Yoshiaki: There needs to be an ability to think on the parts of both model and brand. But no-one really knows what will sell, so there is no right or wrong answer really. It’s an industry which relies on a mixture of getting some things done through hard work and leaving some things up to fate, but interesting for that very reason. So in that sense, everything you have done is a victory.

SaraWaka: Okay, okay… If you are stopped modeling, what do you think you’d like to do?

Asahina: Hmmm… I’d probably want to go home to my family in Nagoya.

Robert: Being a model, is kind of like being at Disneyland really.

Robbie: Like I’ve managed to get to a place that I had no real right to be at in the first place. Like a I’ve been swallowed up by a fantasy.

Uematsu: And because we’re in such a palce, it’s difficult to think of what’s next. I don’t even want to think of the next step.

Robbie: Because you’ve been on one ride – in our case a show – you just can’t wait to queue up for the next one!

Mikawai: For us Japanese models, making our European debut is like a dream. When that dream came true though, in that moment it became work though. So in the end, the dream does morph into a job.

SaraWaka: Is that so… You can’t just float about like Peter Pan then, huh.

Taiki: The world of models is a world where no-one can come up with the exact formula of

what will sell. If there was such an answer, the model who knows it, whoever there are, would become a star. So what is important is self belief, especially when you feel you are losing sight of who you really are.

SaraWaka: Taiki says some smooth things, huh. So, I’ve heard lots of interesting things today and go away satisfied. And as there are so many of you, I will adapt my normal final question of “May I have a kiss” and ask instead that you all blow me a kiss.

Male Models: No thanks!

SaraWaka: What!?! How cold! Okay, then a final comment to all the kids out there with catwalk dreams!

Male Models: Keep on dreaming!! [They all collapse into laughter again!] 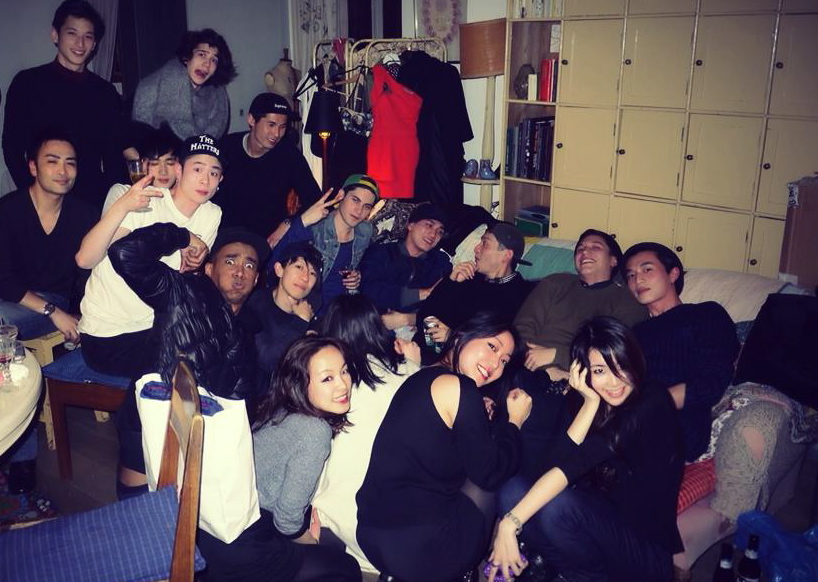